The Dutch public and nuclear disarmament

Honduras ratified the nuclear weapons ban treaty on 24 October 2020. On 22 January 2021 the treaty entered into force, because article 15 of the treaty stipulates that it becomes active 90 days after the fiftieth country (Honduras) has joined. The treaty, which also attracted much attention in the Netherlands – both among the public and in Parliament – aims at delegitimising nuclear weapons. The Dutch public expects that nuclear disarmament will happen when its verification is possible and nuclear weapons are no longer militarily useful. They might be too optimistic. The traditionally anti-nuclear Dutch public has unrealistic expectations about when nuclear disarmament might happen. This might lead to disappointment. 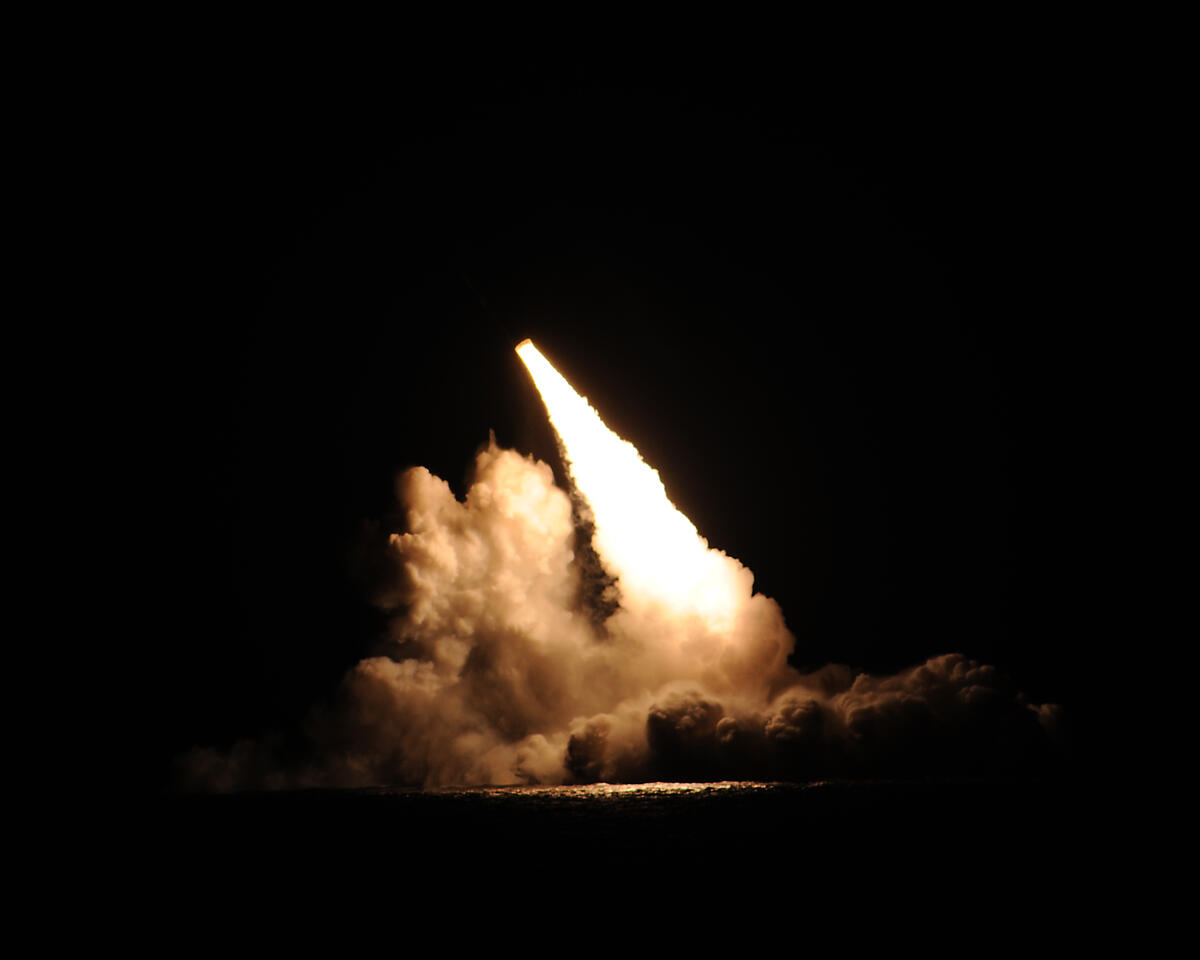 The nuclear weapons ban treaty, formally known as the Treaty on Prohibition of Nuclear Weapons (TPNW), was negotiated at the United Nations in the summer of 2017, and its conclusion of the treaty was the most recent highlight in the decades’ old struggle for nuclear disarmament. The diplomatic conference at which the TPNW was negotiated was organised at the recommendation of the Open-Ended Working Group (at the United Nations),[1] and its mandate included the negotiation of a treaty to ban nuclear weapons. The idea of negotiating a legally binding instrument to ban nuclear weapons originated in the early 2000s. The original supporters of the idea had a much more complex instrument in mind, namely one that would provide building blocks towards a future convention and that would facilitate dealing with all the complexities of banning nuclear weapons.[2] However, in the early 2010s, the focus among the supporters shifted towards a much simpler treaty, and towards the de-legitimisation of nuclear weapons on humanitarian grounds. The idea was further discussed during three well-attended conferences on the humanitarian impact of nuclear weapons, which were organised in Oslo, Nayarit, and Vienna.

Most of the NATO allies voted against starting the negotiations on the nuclear ban treaty in the UN’s Open-Ended Working Group and they also skipped the conference that negotiated the treaty. The Netherlands was, in fact, the only NATO ally to attend the conference due to pressure from its Parliament. However, the Netherlands was then also the only participant in the diplomatic conference that did not vote in favour of the treaty.[3]

The proponents of the treaty considered it an important contribution to the achievement of nuclear disarmament.[4] The sceptics allege that the treaty’s flaws, which were particularly related to various verification provisions, will likely prevent it from reaching its goals.[5] Most of the countries that signed the TPNW up until today are smaller countries in the Global South, but there are also a number of European countries (Austria, Ireland, and Malta), or diplomatic heavyweights (like South Africa or Mexico). The Dutch government says that it cannot sign the treaty because that would violate its NATO commitments,[6] yet it is very likely that sooner or later the Dutch government will be pressured to reconsider its position on the TPNW.

In a recent survey, executed in cooperation with Kieskompas (a leading Dutch polling organisation), over 1,600 Dutch citizens were asked about their views regarding the question when the Netherlands should join the TPNW.[7] In particular, they were asked their opinion on the five different ways in which the Netherlands could join the ban treaty: by joining with the nuclear weapons states, by joining together with the United States, by joining with other European NATO allies, by joining regardless of what others do, or by never joining. From among these options, the largest support for TPNW ratification among the Dutch was for joining together with countries possessing nuclear weapons, followed by joining with other European NATO allies. Over half of the respondents rejected the idea of joining regardless of what other countries do. The Dutch are no unilateralists. 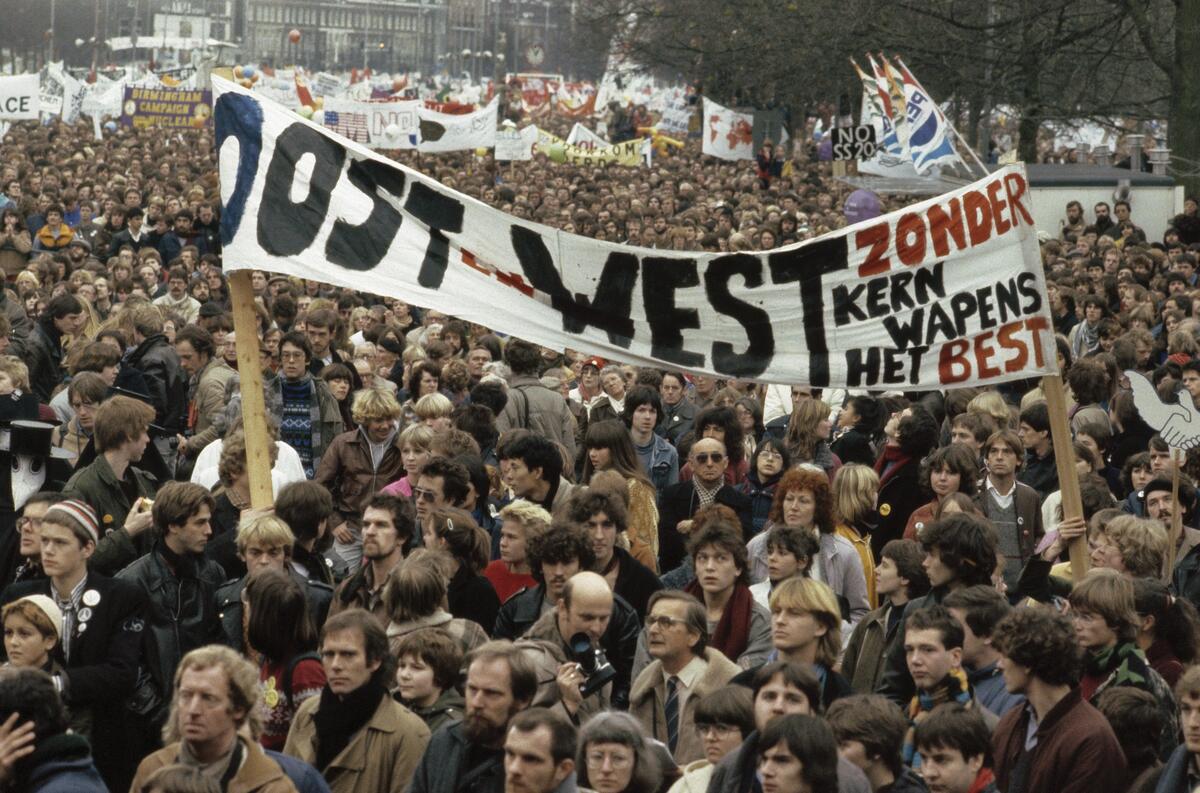 Yet in the same survey the respondents expressed the expectation that nuclear disarmament would happen when new technologies permit complete verification of the treaty. This view is not surprising. Traditional arms control and disarmament agreements rest on the notion that compliance with them must be verifiable and enforceable. The traditional view of arms control indeed rests on the idea that any arms control (or disarmament) agreement must be verifiable to be effective. The TPNW, with its weak verification provisions, does not yet live up to this standard. The weak verification procedures in TPNW are widely recognised to be the first among the reasons why the treaty was so quickly negotiated, but also why it is unlikely to deliver on the promise of nuclear disarmament.[8]

Perhaps future technologies will allow for this, however, by leveraging the distributed ledger technologies (known from the bitcoin) to account for nuclear materials, or by using remote sensing to monitor movements of nuclear warheads. Research has also recently been done on ‘zero knowledge protocols’ that can permit the verification of nuclear warhead dismantlement without releasing (unwanted information) about the warhead.[9] In a separate survey, over 100 security experts from all over the world were asked by my colleague Madeline Zutt and myself about their views on when nuclear disarmament is likely to happen. They held largely similar views, expecting progress in nuclear disarmament to be dependent on advances in technologies that make verification possible.

…but not through substitution

The view held by the Dutch public makes intuitive sense; one would think that with all the downsides of nuclear weapons (starting with their cost and ending with the risk of eradicating entire societies, if not all of humankind), finding a suitable replacement would be enough to justify their complete removal. Why then do experts expect to see little progress in nuclear disarmament even if nuclear weapons have lost their strategic-military relevance?

Two interlinked aspects can explain this. Firstly, nuclear weapons are still a status symbol in the eyes of states. As the American scholar Scott Sagan wrote almost 25 years ago, having nuclear weapons is something that is expected of a great power (or an aspiring one). Sagan wrote that nuclear weapons can ‘be envisioned as serving functions similar to those of flags, airlines, and Olympic teams: they are part of what modern states believe they have to possess to be a legitimate, modern state.’[10] A respectable nation possesses nuclear arms, not because it is rational to do so, but because it is expected. It is unlikely that the normative value attached to them would change, even if the weapons are considered irrelevant from a military perspective. After all, countries go to great lengths to maintain and even bolster their national flag carriers, even if other airlines have emerged to serve the same purpose. 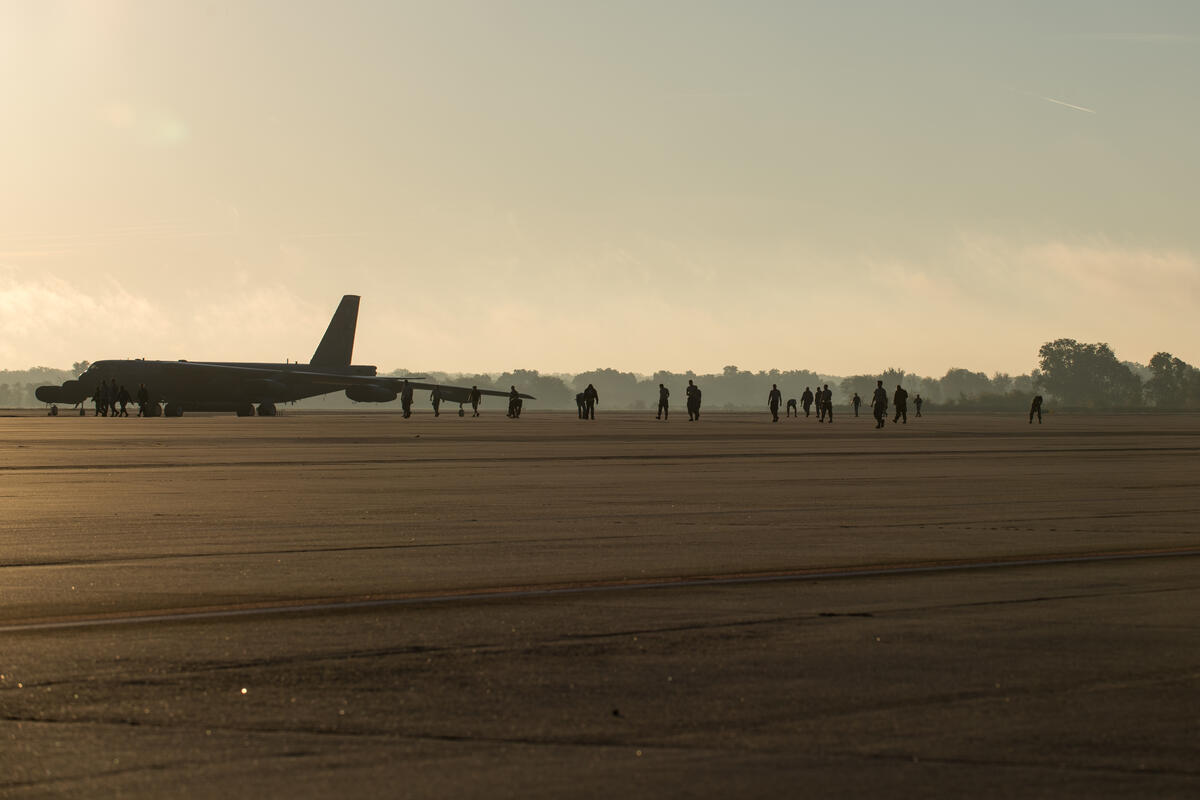 Bijschrift: Nuclear readiness exercise by U.S. Strategic Command. The US (along with all other countries possessing nuclear weapons) is embarking on an expensive nuclear modernisation programme. Photo U.S. Air Force, Sydney Campbell

Secondly, however, the sheer might inherent to nuclear weapons is so formidable that many of those in power are simply resistant to letting go. The American scholar Anne Harrington has written in her work on the fetishism of nuclear weapons that the material destructiveness of nuclear weapons makes them a unique instrument of power.[11] None of the currently emerging technologies are even remotely as destructive. A few winters ago, Russia launched a cyberattack on Ukraine’s power stations, making Ukrainians freeze in their apartments in the dead of the winter.[12] Another attack, NotPetya, according to Wired ‘the most devastating cyberattack in history’, led to chaos and frozen computer screens across the world causing damages worth approximately 10 billion US dollars.[13] That damage pales in comparison, however, to what even a small nuclear exchange would bring about. After all, in these cyberattacks the buildings remained standing and there was no large-scale loss of life. Nuclear weapons constitute the only weapon offering this magnitude of damage. There is no question that the use of a weapon that would lead to millions of deaths would be illegal,[14] but the potential for large-scale destruction is nonetheless seen – by states possessing them – as a positive feature. It seems the potential infliction of almost total damage on one’s adversary is extremely appealing to some.

Already in the late 1990s, Paul Nitze, former U.S. Secretary of Defense and President Ronald Reagan’s top arms control advisor, argued that the US should get rid of its nuclear weapons because they were expensive and unnecessary. There was ‘no compelling reason why [the United States] should not unilaterally get rid of our nuclear weapons’, Nitze wrote in a 1999 column in The New York Times.[15] Yet, 20 years later, the US (along with all other countries possessing nuclear weapons) is embarking on an expensive modernisation programme.[16]

The Dutch public might therefore be in for a disappointment if they expect that new military technologies might spur the world to free itself from nuclear weapons. Their hope notwithstanding, 82 per cent of the Dutch respondents expect that nuclear weapons will still be around in 50 years’ time, which implies that they are prepared for the fact that nuclear disarmament will not happen overnight, regardless of the promises offered by new international treaties.

* Dr Michal Onderco is Associate Professor of International Relations at Erasmus University Rotterdam. His research focuses on the politics of multilateral nuclear diplomacy. The views represented in this paper are his own, and do not represent the views of Erasmus University or any other entity.

[2] Rebecca Davis Gibbons, ‘The Humanitarian Turn in Nuclear Disarmament and the Treaty on the Prohibition of Nuclear Weapons’, in: The Nonproliferation Review 25 (2018) (1-2) 11-36.

[7] More information about the survey is available from the author upon request. The survey asked a larger number of questions related to nuclear disarmament and formed part of a project supported by the Dutch Ministry of Foreign Affairs.

Dr. Michal Onderco is Associate Professor of International Relations at Erasmus University Rotterdam. His research focuses on the politics of multilateral nuclear diplomacy.